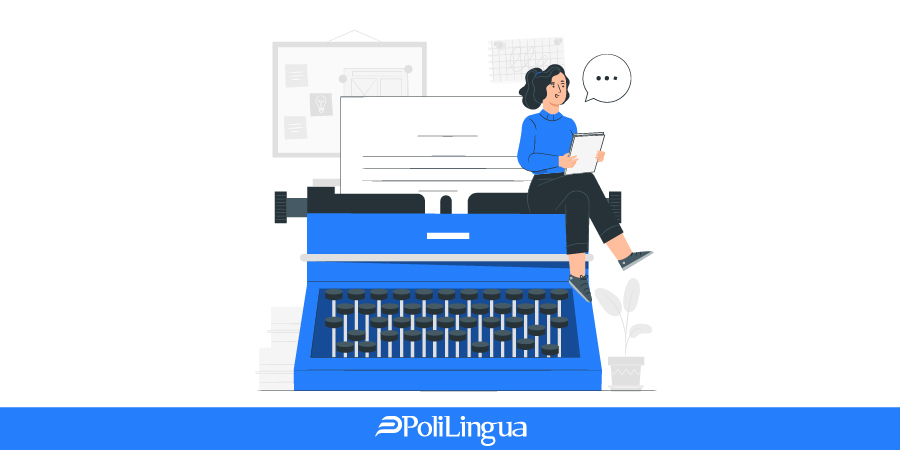 In our increasingly connected world, the trade becomes more and more international. Most global companies have at least considered the many opportunities that come with simply offering their content in different languages. Indeed, any company that wants to sell its products and services in different cultural and linguistic settings has to set a higher standard on multilingualism.

To effectively reach your various audiences, you need to speak to them in their preferred language, whether it's localizing online training to improve employee communication, translating user guides and other customer help manuals, or localizing your website to attract more visitors from around the world.

There is a growing need to define a translation and localization strategy that will enable such interactions on a global scale. Among the 6,909 living languages known today, however, it is not always easy to choose which ones are a good investment.

For a company, for example, it is an important element in reaching its customers and achieving a smooth relationship. While the capabilities of machine translation tools are impressive, they are no substitute for professional translation. Artificial intelligence can make mistakes and does not capture all the subtleties of language. Thus, the risk is that it can lead to intercultural misunderstandings, which in certain fields such as trade or diplomacy can be devastating.

Globalization leads to the internationalization of trade, but also of the Internet. Thus, this melting pot that is the web is the meeting place of a large number of very diverse languages.

Indeed, understanding the global linguistic environment allows us to deploy strategies adapted to the international market and to propose a customer-centric offer. The translation of websites in particular is an opportunity to get closer to customers by offering them personalized and quality service.

The first thing to do is to assess your macroeconomic objectives and your key target audiences. Before diving into the ocean of languages, consider which ones your competitors use to communicate their content and whether you should emulate or differentiate from them. Once you have gathered enough information, take the time to interpret it.

What languages should an international company pay attention to?
As you probably already understand, there is no simple answer to this question as the number one language will not be the same if you consider the most widely spoken languages in the world, the languages most used on the internet, or the ones that are the most translated.

This global vision of the issue will allow you to make the right strategic decisions.

Languages online and offline
To begin, let's take a few moments to explain the existence of data that may appear to be inconsistent. Depending on the calculation methods used, the language rankings on the Internet and in the world may show some differences.

However, there are some constants that can be used as a basis for a global view of the issue.

Thus, Ethnologue proposes in 2020 the following classification of languages by the number of native speakers in millions:

It’s a bit surprising, but don’t forget that this list is about native speakers of the languages. If we count everyone who speaks different languages without being a native speaker, we will have the following picture:

This second ranking shows that English is the most common language in the world. Moreover, French, which is absent from the first ranking, appears in the second because of the extent of the French-speaking world on the African continent. The same can be said about Arabic - this language was nowhere to be found on the first list, but proudly takes the 6th spot on the second. How come? The first list considered different versions of Arabic separately, while the second one included everyone who speaks it.

In any case, we can observe significant constants such as the presence of the same languages at the top of these top 10: English, Mandarin Chinese, Spanish, and Hindi.

The most spoken languages on the Internet
Another element to consider when studying linguistic data is the number of speakers of a particular language on the Internet. Indeed, some culturally important languages in the world, however, are in the minority on the web.

One of the reasons for this phenomenon is the difficulty of access to the Internet for the populations concerned and/or the lack of translation for this type of audience. The latter must then resolve to consult Internet content in a language other than their own.

The 10 most common languages on the web in the percentage of Internet users who use them:

As we can see, English and Mandarin Chinese alone account for nearly 45.1% of usage. Quite naturally, the first is the language of business and the second that of the most populated country in the world.

Nevertheless, for companies, the different languages should not be neglected, because localization in the language of the country allows them to build a bond of trust with their customers. Whether it's for business or international relations, learning another's language or translating it into another's language is a significant advantage.

The most translated languages on the Internet
To meet the needs of various Internet users, an increasing number of publications and websites are being translated into their native language.

In 2017, the 5 most translated languages in the world were the following:

This ranking differs somewhat from the previous one. Thus, French is in 4th place. This is not surprising when you consider that French is the official language of the European Union, the United Nations, and the International Court of Justice.

The German language, which is important at the European level, is the language of many translations in such diverse fields as law, business, and technology.

Although some languages are not included in this classification of translations, they certainly prove to be languages of choice for a website or book translation. This is because they are ideal for reaching a population that speaks in a poorly translated language. They are therefore a source of commercial and cultural opportunities.

Today, the diversity of languages in the world remains important, and learning a foreign language is a source of personal enrichment as well as an asset not to be neglected.

English
Particularly rich in adopted words, English is an incredibly expressive, varied, and flexible language. English is the language of popular culture spread all over the world, and it has a strong influence over it with a great taste for creating buzzwords (selfie, zoom, green swan, and fast fashion).

Spanish
Apart from its usefulness, Spanish is really a fun language to learn, especially in the early days, when you will meet some colorful South American or Spanish cartoon characters like Speedy Gonzales, Dora the Explorer, and many others.

Japanese
As you learn Japanese, you will be struck by its gairaigo (borrowed words), usually written in 'katakana' characters. These are Western words now integrated into the everyday language - like aidoru (pop star), aisu (ice cream), biru (beer) - which often seem so appropriate that you will really enjoy using them!

Brazilian Portuguese
With its catchy, trendy music and the country's sun-drenched beaches, its deliciously melodious diminutives ('inha', 'inho') and its rhythmic cadence, Brazilian Portuguese (with its playful and impertinent pronunciation, characteristic of the locals!) stands out considerably from its European counterpart.

Italian
Yes, Italian is the language of love. We know you have imagined yourself conversing in Italian on the cobblestone streets of Rome, spinning as quickly as a flash on a Vespa, or eating a Pizza, the real Italian one. It's true - the adoration of Italian art and cuisine has firmly anchored the language in our collective psyche, and it is certainly not losing popularity.

German
As you learn German, you will probably be surprised by how long some German words are. However, after breaking them down, you will find that they are made up of different elements and that many of them are strangely untranslatable in English.

Chinese
You may not believe it, but Chinese grammar is much simpler than in many other languages, though the real fun starts with learning to speak. Chinese is a tonal (four-tone) language, which means one sound can be pronounced in four different ways. Cool? But all these four-way single sounds have their own meanings! This will be fun, for sure!

Although you will definitely get confused and puzzled, make the most of your studies by choosing to go with the flow, and know how to laugh at yourself!