Peru Language Overview: What languages are spoken in Peru
Apr 01, 2022 | Language and Culture 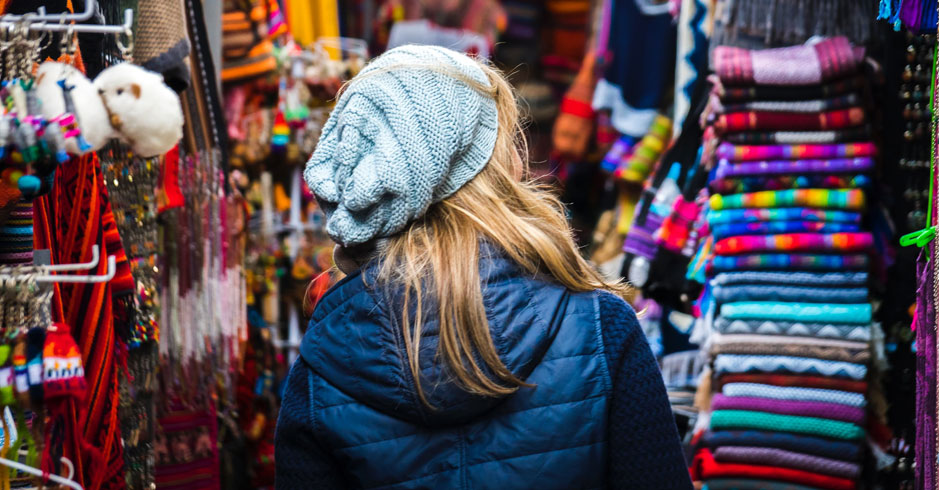 Peru is a country located in the central part of South America, bordered by Ecuador, Colombia, and Brazil. The country is home to 38 million people, making it the largest country in South America. Peru has a large population of Spanish speakers.

Peru, as it is known formally, has long been acknowledged as one of South America’s most beautiful and fascinating countries. With this incredible country comes another rich blend of people and cultures. That beautiful blend allows for an eloquent marriage between the complex Quechua and Aymara languages. We will take a look at both of these languages, which are the two tongues spoken in Peru.

However, there are still several Native American languages spoken in different regions of Peru. This guide provides an overview of the languages you are most likely to encounter when living in Peru or traveling through the country.

What Language Do They Speak in Peru?

Peru has one official national language, Spanish. However, Peru is a multilingual nation with indigenous languages spoken by people from specific regions of the country.

Peru's dominant language is Spanish. This is the language that's predominantly spoken and the one that's taught in schools throughout the country. More than 80 percent of Peruvians speak Spanish as their first language, according to the Peruvian government.

However, Peru is a multilingual country with more than 80 indigenous languages and dialects spoken by people from specific regions of the country, especially in the coastal region. Some of these languages have been used for hundreds of years and are still spoken by a large number of people today. However, it's not just one universal Spanish.

Peru is a multiethnic country formed by the combination of different groups over five centuries. Hence, it is not easy to define a single type of typical cuisine. Peruvian culinary diversity reflects the influence of immigrants from Spain, Africa, China and Japan, who have adapted their traditional recipes to local ingredients.

The types of Spanish spoken in Peru are generally classified into two groups: Andean and coastal Spanish, which differ in phonology, vocabulary and grammar. The dialects of the former group are characterized by the retention of many Quechua words and features, while those of the latter exhibit more lexical and grammatical features from other languages such as Aymara, Quechua and African languages.

The departments of Ancash, Ayacucho, Apurímac, Cusco, Huancavelica, Junín, Pasco and Puno native speakers use Andean Spanish (Spanish: español del altiplano). This dialect is characterized by its heavy use of Quechua and Aymara loanwords. The intonation pattern is distinctive in the way that syllables are pronounced more clearly with higher notes at the ends of sentences.

The most common variety of Peruvian Spanish is generally known as Andean-Coastal Spanish or Castellano de la Costa (Spanish from the coast). This variety has some features that set it apart from standard Spanish. It tends to be spoken more slowly than in other parts of Latin America, for example, and speakers tend not to aspirate the h (pronouncing the word hoy [today] like oi instead of oy). Speakers in Lima may also pronounce the ll sound almost like an English sh sound. There are some other pronunciation differences between Andean-Coastal Spanish and standard Spanish as well — for example, many speakers do not use the voseo form, which is used in many other parts of Latin America.

The Amazonic region of Peru has become a melting pot of indigenous languages and Spanish. The majority of the people living in this area speak both Quechua and Spanish, and many speak one more indigenous language. However, there are also communities that speak only Quechua or only Spanish, with mestizos (of mixed European and Amerindian ancestry) forming the majority population in Amazonas (state), Loreto, San Martín and Ucayali. In this area, Amazonic Spanish is spoken only by mestizos; pure Amerindians use their own language and Quechua.

The equatorial region has its own variation of Spanish, one that is quite different from the rest of the country. For instance, 'S' is pronounced with a "sh" sound instead of an "s" sound. This is because there are many people from either Ecuador or Colombia living in this region. In addition, there are many immigrants from other Andean countries living in this region as well, which has changed the accent and pronunciation of words considerably.

What Are the Two Official Languages of Peru, Aside from Spanish?

Peru has two official languages aside from Spanish, according to the US Department of State. One is Quechua, a language that predates the Incan Empire and is still spoken by indigenous Peruvians. The other is Aymara, which is native to the Andes Mountains.

The most widely spoken language in the Andes is Quechua, which is spoken in the Andean regions of Ecuador, Peru, Bolivia and Argentina. Most of its speakers live in Peru.

Runa Simi (Quechua) is considered an official language in Bolivia, Ecuador and Peru. It's also used as a second language in some areas of Argentina and Chile, as well as in Colombia.

There are approximately 8 million Quechua speakers overall. It's estimated that more than 2 million people speak Quechua as a first language and another 6 million speak it as a second language.

There are regional dialects of Quechua, but all are mutually intelligible with one another to varying degrees. The most widely spoken dialect is Southern Quechua or Cuzco-Collao Quechua.

The word Aymara derives from the name of some Aymaran communities: Aymaras are speakers of one or more varieties of Aymara. The parallelism between these names and Aymaras (Aymara) can be observed in other indigenous languages, such as Mapudungun (Mapuche), which means 'people' in Mapudungun's case (and not 'Mapuche people').

There are also two very small but distinct groups at the north of Lake Titicaca whose languages are closely related to that of the Aymaras: the Kallawaya (or Callahuaya) and Yampara (or Yampera). All these languages share some common features.

Languages Native to the Andes

The Andes are a mountain range in South America. The long chain of mountains stretches from Venezuela to Chile. The Andes were formed when two plates of the earth's crust collided. The collision caused one plate to slide under the other. This process is called subduction.

There are more than 450 native languages spoken in the Andes Mountains today. Most have fewer than 1,000 speakers. Some have only a handful.

Many of those languages belong to one of four major language families: Quechua, Aymara, Uru–Chipaya, and Chon–Tacana. Quechua and Aymara are spoken by tens of millions of people across South America today. But many other Andean languages are spoken by only a few hundred people or fewer, and they could disappear within the next generation or two.

Jaqaru, also known as Haq'aru and Aru, is a language isolate spoken by people of the Jaqaru ethnic group in the Peruvian highlands. As of 2005, only about 200 elderly people speak Jaqaru but there is some evidence that the language is being revived among younger generations.

Kawki or Cauqui (also K'ao-ki or K'au-ki) is an extinct language formerly spoken in Peru near Lake Titicaca and along the Peru–Bolivia border. It has been conclusively shown to be a separate language from the closely related Aymara, though it was once classified as a dialect of Aymara.

How Many Languages Are Spoken in Peru?

Of the 84 languages spoken in Peru, the majority of them are indigenous to the land and have been passed down throughout generations. These include Aymará Quechua, Aymara and Ashaninka, among others. Indigenous languages are typically spoken by people who live in rural areas or remote villages. Many of these speakers also speak Spanish as a second language. Indigenous languages typically contain dialects that are specific to certain regions or communities, so there may be slight differences between phrases and words depending on where you are visiting.

A glance at the map showing the native languages spoken in Peru shows that a wide range of ethnicities call this country home. Spanish is, of course, the official language. It is not difficult to find someone who speaks English, even in rural areas. Italian, French and German are cultured as a second language. Local dialects provide means of communication among indigenous groups like the Quichuas and Incas.

Polilingua is here to help you with any inquiries you have regarding Spanish or any other language.