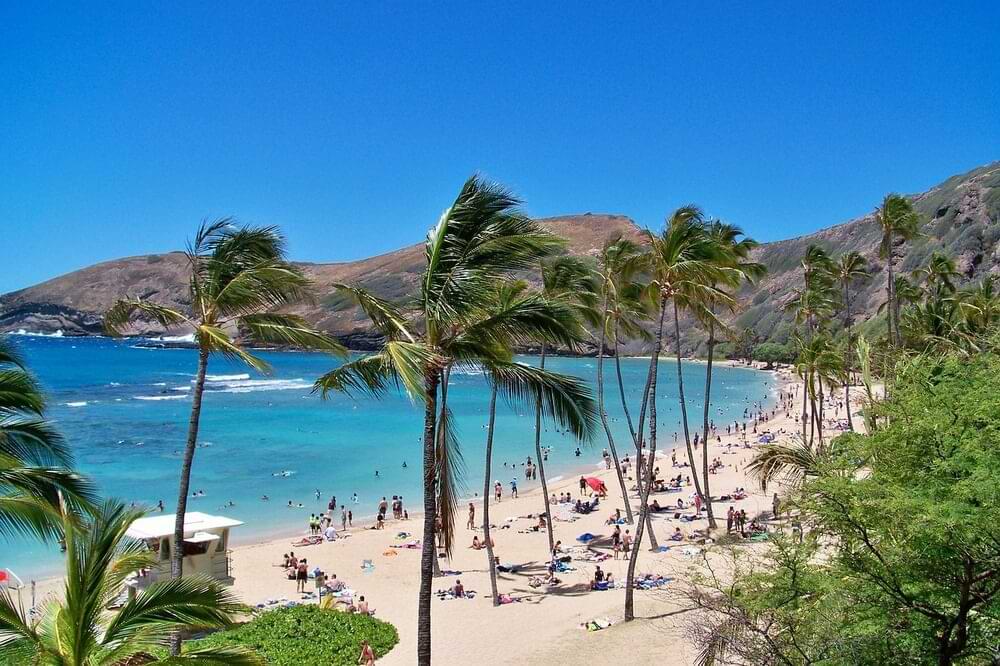 Hawaiian is an Austronesian language that became historically important across the Pacific, with a significant number of native speakers in Hawaii, Guam, Micronesia and parts of Polynesia but now the majority of speakers live in Hawaii.

History of the Hawaiian language

Hawaiian is an Austronesian language that takes many influences from Polynesian languages. According to history (perhaps simplified), the islands were first colonized by Polynesians who arrived by canoes on their long migrations and they are thought to have been some of the most skilled oceanic navigators in the Pacific. Subsequent migrations from Tahiti, Samoa, Tonga, Marquesans and New Zealand enriched the Hawaiian language. But by the early 1800s, all Hawaiian people had become Christianized.

Hawaiian was first encountered by Europeans when British explorer James Cook arrived in 1778. It became a written language with the introduction of Roman Catholic missionaries in the 1820s, who taught religious classes in Hawaiian for several decades. They also created a written form of Hawaiian, known as Rōmaji Hawai'i or "Hawaiian Romanization". The new alphabet was based on Latin letters, which allowed for literacy among Hawaiians who were unable to read English at that time.

The Hawaiian language was adopted as a national language in 1896. It has been used in government, education, and religion ever since.

Features of the Hawaiian language

The Hawaiian language has been influenced by several different cultures over time. While some linguists believe that Hawaiian was originally brought to Hawaii by early Polynesians from Tahiti or Tonga, others believe it developed independently in Hawaii.

Hawaiian shares many features with other Polynesian languages, including similar grammar, pronunciation and vocabulary. Because of this, Hawaiian is sometimes considered to be the Creole language (a language that developed from combining other languages). It is also known as "Hawaiian Pidgin".

The Hawaiian alphabet consists of 13 letters: A, E, I, O, U, H, K, L, M, N, P, W and 'okina (a glottal stop). Hawaiian speakers do not have trouble pronouncing any vowel sounds except for long vowels (which can be difficult for non-native speakers too). Vowels are pronounced differently depending on where they occur in a word or phrase. The letter 'okina represents a glottal stop - a kind of pause - in between two vowel sounds. If you pronounce each vowel separately instead of together as one sound (e.g., "ah" rather than "aa"), you will notice that there is a short break between them when you say it correctly.

Hawaiian is unique among most languages because it uses sounds that do not exist in English or other Indo-European languages. For example, there are no consonants similar to "p" or "b" in Hawaiian; instead, there is a sound that sounds like "f." Also, vowels do not change depending on whether they are stressed or not (unlike in English).

Also, Hawaiian words do not have capital letters; instead, they are written in all lowercase letters. The word "kaona" means the secret or hidden meaning of a word or phrase; likewise "hooiaioia" means hidden meaning or secret message. These words are often used when writing about Hawaiian culture and history or telling folk tales from ancient times.

The Hawaiian language has a beautiful and poetic nature that no other language can match. However, Hawaiian language translations can be very difficult, as it's a language that has no previous examples and is only spoken by a small percentage of the population.

Another problem is that Hawaiian has many dialects, three major of them:

They also have some variations based on differences between rural and urban areas.

Hawaiian is also considered a fluid language, which means that instead of having a set structure, Hawaiian changes based on who you're talking to and the situation at hand. There are no direct translations between English and Hawaiian.

Hawaiian language in the modern world

The Hawaiian language was an endangered language. The first successful attempt at the revitalization of the Hawaiian language occurred in the late 1960s with the establishment of a Hawaiian immersion school on O'ahu. The first graduates came out in 1976 and it continues today as one of two public schools that teach solely in Hawaiian (the other being Ka Waihona o Ka Na'i Aupuni). There has been much progress since then and there are now several communities where people can learn the language and speak it daily.

In our days the Hawaiian language is the official state language of Hawaii and one of two official languages of the state, along with English.

The state does not require that businesses provide any services in Hawaiian or provide documents such as contracts or receipts in Hawaiian. It does require that schools teach the Hawaiian language as part of their curriculum, however, which means that students must take at least one year of Hawaiian between kindergarten and grade 12 if they wish to graduate from high school.

Not only is the Hawaiian language experiencing a but it's also being used in some of the most unlikely places—businesses and even in cyberspace. It's a powerful example of how a cultural practice can survive with the right amount of dedication and determination…and the help of the Internet, of course!