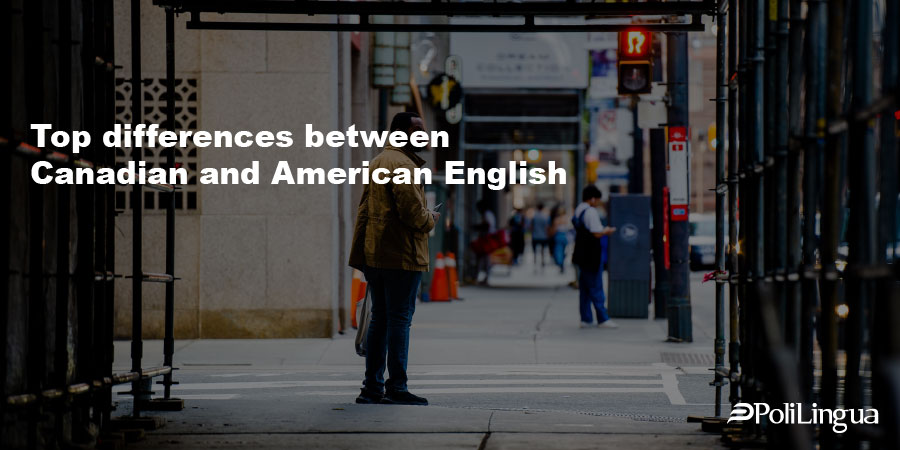 Once upon a time, there was a language that was used solely by the British people. It had many dialects, some of which were so - ahem - unique that sometimes it took some time even for English speakers to realize it was English they'd just heard. With its expansion, the British Empire brought a lot of good and bad things to peoples across the world, one of the presumably good things was the English language that locals had to learn to tell the visitors they didn’t really need of that ‘civilization’ they brought in tow.

But it didn’t work out. For the locals. It worked out just fine for the English language, though. And since different peoples in different countries adjusted their pronunciation to speak their new language, the new variants of English appeared. There are too many of them are being used today with the most famous ones are the British and the American. Okay, and the Australian (oy mate!). And the Indian… well, you get the picture. In their own turn, the variants on different continents didn’t want to stay put and had their own dialects and sub-variants. This is a very concise story of how the Canadian English language, the most polite variety of English, came to be.

Yes, they do, but not all of them. The article about Quebecois and French and why, who, where and when you can read here. It’s amazing and a piece of art - just like all the articles we post on the PoliLingua Blog. Just for you, sure. So yeah… There is the Canadian variant of English and today we are talking about how it differs from the one they speak in the United States.

How did the English language end up in Canada? In the 18th century, when the American revolution drew a line between those who wanted their own land and those who still thought the king of England might win, a large number of colonists from the latter group settled in what we call Ontario today. They all spoke English and there were colonists, so there were not a lot of choices for the local tribes. This is how Canadian English was born.

After the end of the Napoleonic wars, the second wave of immigration followed - there came more English, Irish and maybe be some Scottish too. This mix of accents gradually made an impact on how people spoke in the region, And due to the relative isolation - no Internet, no phones, no TV, no radio, no speedy ships, no nothing really - the language got more and more distinct features that distinguish it from the one they spoke back home in the Foggy Albion.

What are the differences between Canadian and American English?

When they speak - very politely! -  about hockey, maple syrup and moose it’s Canadian but the conversation turns on guns, private property and Hollywood it’s American. Just kidding... on the other hand...

The key differences lay somewhere in pronunciation and vocabulary. Vocabulary-wise it has plenty of borrowings from French and Native languages mainly to describe this and events that were truly unique for Europeans. Muskrat, chipmunk, husky and even moose are the words borrowed from the languages of Native peoples. And of course, there are some words borrowed from French that serve as a reminder of the first colonists of Canada. The same guys made sure the pronunciation would be different.

There are two world-famous Canadian pronunciation traits - Canadian raising and Canadian vowel shift. The former may be known as ‘oot’ and ‘aboot’ actually means Canadians pronounce ‘out’ and ‘about’ a bit differently. At least, what other English speakers think of it. The diphthong raising happens thanks to Scottish English (many colonists were from Scotland) and maybe this is the way these words were pronounced in the days of Shakespeare. The Canadian vowel shift is something that happens when one tries to say ‘pillow’ but it sounds more like ‘pellow’, and when ‘bet’ is expected ‘bat’ arrives, etc.

It could take some time for a native listener to understand what is actually going in when an English Canadian speaker says ‘Don slept on the staircase’ (while they might not be talking about a houseless Don who had nowhere to spend a night but about Dan who slipped and probably lies down in the entrance of an apartment building wondering why no one rushes to help him). Usual stuff. Oh yes, and the spelling… It wasn’t enough Americans and British have their own ways to write things down. Now Canadians joined the club! And they are not here to help.

The rules in the Canadian English spelling are a crisscross between American and British rules. Some words are written the way they are written in Europe and some - in the USA. Confused? Wait to hear this - Canadian English has its own rules for punctuation, capitalization, hyphenation and other topics. A truly Canadian way to deal with things.

Is Canadian English closer to American or British English?

If British and American persons hear a Canadian speak but they wouldn’t know where this person is from, the British would instantly spot a North American, and the American might doubt between Canada and Midwest. In terms of pronunciation, British and Americans would notice that something is off with the rules but there is no say if they say it’s Canadian English. From this, you may assume that Canadian English is closer to American English. After all, they have been cooking together in the same linguistic melting pot for so long.

Why translation into Canadian English is important?

Important doesn’t even begin to describe the urgency of the Canadian English translation for companies that work with or plant to enter the Canadian market. The fancy punctuation rules mean one should be really careful when writing in (or translating into) Canadian English. A reckless move and native speakers would get a text with errors which doesn’t look good in all circumstances.

Plus, did you know that all Canadian embassies work in English and not in French? This is a pain in the back for French Canadians who don’t use English too often and have to translate all their documents into English. But it also means that it may be a good idea to translate your documents into Canadian English. Just to be on the safe side.

Congrats, you made it! Now it's time to tell why PoliLingua is the right professional translation agency for your next Canadian English project. At PoliLingua, we have an international multilingual team of expert linguists who can handle any task fast and within the given timeframe. It goes without saying we work with all the nuances, subtleties and varieties of the English language, including Canadian English and Standard English (meaning the one you can see in the Oxford dictionary). If you need a legal document or media file translations, we can do them too. You can always contact us for a free quote and we usually reply within 12 hours, which is ideal, especially if you have an urgent project on hand.