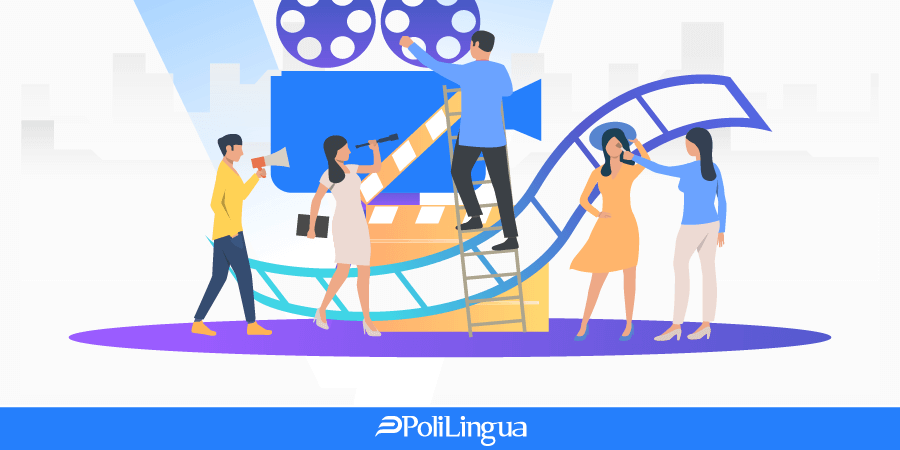 So many films and videos are produced daily with a vast majority available on the screen now. Dubbed versions are amazing, but what about enjoying the originality and grasping the meaning at the same time? You probably wouldn’t mind to hear the voice of that particular actor or to enjoy the video with some extra clarity provided by closed captions.

They say that each film is a foreign film to some audience around the world. Thus, for the public to absorb interesting information, the video must firstly get in the hands of versed translators who would render artfully and with much care the meaning into a language which is accessible to you. Even more, statistics have shown that approximately 10% of broadcast viewers are opting for subtitles, the number getting even higher with an amount of 35% for the online public. Let’s not overlook the fact that 85% of Facebook users enjoy watching videos with no sound on. Again, subtitles are required. We guess you have favourite foreign movies which raise the need for video captioning. This is why professional subtitlers share their linguistic finesse with the international audience.

As you might assume, the craftsmanship doesn’t get completed with no interfering challenges along the way. We have considered that and that’s why we have blended a list of useful tips to get the job done with fewer headaches. Let’s explore them, one by one.

1. Remember to caption your source material
It is essential to add captions to videos, if you want to make them accessible to individuals form your audience who are hard-of-hearing or deaf. Plus, it can benefit your SEO by augmenting the engagement in almost half of the viewing material.

In fact, the majority of video hosting sites, such as Youtube or Facebook, provides the option to display speech-to-text auto-captioning, which represents a satisfying feature, but still, it is not flawless. Especially when it comes to brand names. Thus, the solutions lies in sourcing video closed captions from a professional translator, to supplement your audiovisual upload.

2. Keep an eye on timing
Captions should be synchronized with the words spoken. As a rule, they should appear on the screen no longer than six seconds and changes along with the scene of your video.
Rapidly moving scenes must be accompanied by subtitles with fewer characters in order to give the viewer the time required to follow along. The principle is called spotting and its purpose is to make sure the captions appear and disappear in accordance with audio and imagery.

3. Try to preserve the style and tone of speech
Take into consideration the register, nationality, era, and so on. This will influence directly the choice of words. For example, mother versus mum; trousers vs pants; wireless vs radio, etc.

4. Focus on replicating the meaning, not just words
Subtitling involves very specific skills, transcending beyond the literary translation, which entails a thorough comprehension of the plot. To be frank, the mission is quite challenging, adding the fact each subtitle may contain no more than 40 characters. Thus, the subtitler must enforce the ability of summarizing.

5. Inaudible speech
Inaudible speech can be determined by several reasons. Hence, the insertion of a label with an explanation is required. For example, train drowns his words, traffic drowns speech, dog barking, etc.

6. Audio effects
Indicate sound effect captions in lowercase italics placed in parentheses. It is pivotal to insert sound effects in between parentheses, whether its background sound or the source of the noise.
e.g.(dog barking) (laughing) (whispering) (child screaming) etc.

7. Watch out the punctuation
The opinions regarding the use of full stop are twofold. Some consider that adding periods at the end of sentences indicates that it can return to the previous image. More often, film production doesn’t adhere to this criteria.
To announce a question or to highlight a word or an idea, use question marks and exclamation points (?, !) at the end of the sentence.
Following commas, colons, semicolons and mid-subtitle full-stops, insert a single space. Exception are considered mid-word hyphens.
Double hyphens or a single long dash is used to signal the intervention of another speaker during the talk.
For a significant interval of silence is required the insertion of ellipsis (...) Take note that anticipating the continuity of a sentence in the next caption isn’t the same case.
Quotation marks are mandatory when displaying reading from a book, poem, letter, etc.

8. Caption direct quotes
If possible, embed direct quotes for the verbatim speech of public characters. It is important to catch the full discourse. Double-checking with a colleague could be of help when providing subtitles for videos.

10. Pay attention to numbers
Appropriate conventions should be respected when representing long numbers.
All numbers from one to ten should be spelled, while for numbers above 10 are used numerals. Always spell out all numbers from one to ten, but use numerals for all numbers over ten. For example, John wants ten apples. John wants 34 apples.
On the other hand, for athletic and technical contexts, always use numerals. For instance, he scored 2 goals!

11. Respect the line breaks
Ideally, the subtitles lines end at clause. However, when dealing with line breaks, a few conditions should be met. For instance, avoid breaking a name or title within a line.

12. Use italics properly
There are divided opinions on using italics. As a rule, they serve in some cases, such as: TV, off-screen speech, the text being read, titles, songs, and foreign words.

13. Avoid overloading the screen
One of the unexpected impediments which might arise while completing a subtitling project effectively is screening the text in a why that it doesn’t obstruct important visual elements. In order for the viewer to experience the scene, the text on the screen must respect a limit of a maximum of two lines. The feeling of easiness must accompany the whole watching and reading process.

14. Adapt humour, proverbs and wordplay.
Have you ever been faced with the dilemma of translating a joke and make it sound as hilarious as it is in the original language? Supposedly, it is a bit difficult to find the best way to do that, especially when there is no equivalent in the target language. Sometimes, you will have to transform or replace it entirely. The same goes for puns and proverbs.

15. Choose a suitable partner for your project
Subtitling entails more than simply providing a verbatim translation. It requires a linguist who is capable of figuring out the plot and catching the meaning. That’s why is recommendable to seek for professional subtitling services delivered by captioning companies. A proper experience and extended knowledge are crucial for good subtitling. Invest in high-quality video captioning services and your audience will definitely be satisfied.

Curious facts:
Did you know that, In Brazil, they can complain to the authorities if they notice bad subtitling in a film? To compensate the subtitling error, the authorities usually send a complimentary DVD to the one who has made the complaint.
In China, sexual references in the film would be written in the form of subtitles, but with references to food. For example, if there is a dialogue “Stop touching my but” it would be translated as “Stop touching my tofu”.

Conclusion:
Good subtitles must supply a viewer experience which feels as if watched in the original language, with no subtitles. If your intention is to hit the right public, the appropriate techniques are your best friends towards achieving success. We hope these tips will be of help when you need to add subtitles to video.