Why is difficult to translate Donald Trump? Trumpslation explained.
Jul 29, 2019 | Language and Culture 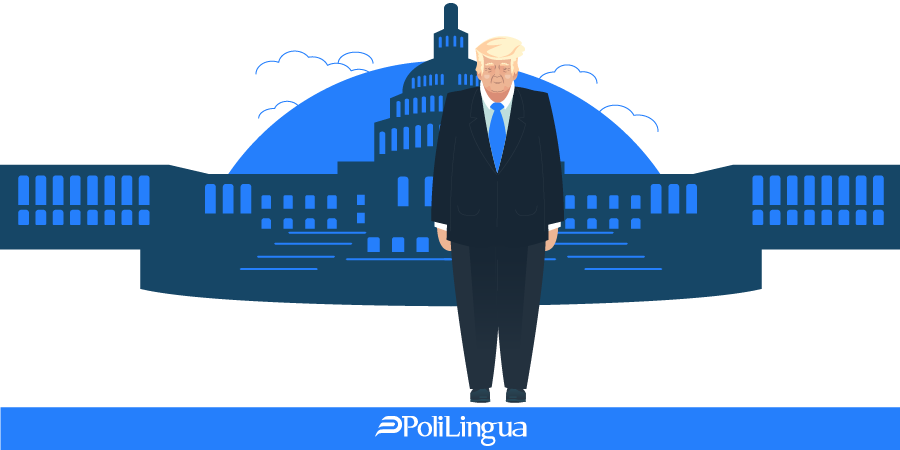 The increased demand for political translation brings some sensitive questions into the international scenario. Apparently innocuous errors or details omitted by negligence can become subject to serious conflicts, and even leading to war. In order to ensure the proper message rendition, the most viable means of identifying and delivering the ideological content should be deployed. Plus, it is important to provide a faithful conversion of the source material.

But what about a more intricate context, when the discourse is infused with some supplementary emotional load accompanied by garbled articulations? In this context, the president Donald Trump is the public figure who really knows how to grab the audience’s attention, especially when it comes to unscripted speeches. It is well known how unique his style is and how perplexed the audience may be left simply by listening to some of his rhetorical serpentines.The effect on the listener is guaranteed and the interpreter will surely fall into a head-scratching moment when a snap decision will have to be made. No wonder, a profound understanding, coupled with some extra analysis of the linguistic structure is mandatory.

As many of translators have already grown accustomed with the Trumpslation phenomena, some attention to the standing behind reasons for the enhanced difficulty of interpretation is worth paying. In this sense, we will pursue a few core motives which generate such a dilemma amongst linguists who are masters of the field.

1. Incoherence of the discourse
Some linguists affirmed that his talking lacks coherence, while being displayed with a generous amount of confidence. The result manifests in a goofy rhetoric which impedes the fast conversion of the meaning. Translators have even claimed that this situation might put them in a position of sounding stupid.

Moreover, Trump enjoys giving freedom to his stream of consciousness, which renders the simultaneous interpretation quite perilous, as the main trick in translating in the moment consists in catching in advance the intentions of the speaker. The obstacle generated by Trumpism consists in pouring words which may sound disrupted and deviating from the main subject, leading the linguist astray. Grasping the context becomes even a bigger challenge when unexpected details are included into play out of nowhere. The problem has been addressed seriously by Asian interpreters who explain the Trump translation as being on air. However, the Japanese translators struggle to do their best, the idiosyncrasies make the job pretty challenging.

2. Grammar and comprehension are used at its basic level
Studies have revealed that the grammar used by Mr Trump refers to a 6-year-old child. A representative example is shown in a research run by Carnegie Mellon  University Language Technologies Institute (LTI) on “readability analysis” of presidential talk, getting to the conclusion that this feature makes the language more accessible to a wider audience. Results have also demonstrated that in comparison to other candidates who presented their presidential campaign, his discourse possessed the lowest complexity, paradoxically reflected in an estimated number of votes opposed to natural expectations.

3. His oration sounds authoritative
The frequent use of expressions, such as “probably, maybe, other people say, I'm not sure, I don’t know, perhaps, I am not familiar”, an so on, generates an authoritative effect.

4. The meaning varies based on the context
To elucidate this point more clearly, let’s use an example. Miwako Hibi, a professional broadcast interpreter, tells about her experience when she was translating Trump’s victory speech in 2016 and how he has introduced spontaneously the name Reince. Ms Hibi figured out who he was referring to only when the camera have shown closer images of the mentioned person. Fortunately, the interpreter was saved by the fact that in Japanese, the subject can be neglected in a sentence. However, another name has caused misinterpretation, when by saying secretariat he meant a different person than expected.

5. The speech oftentimes includes racism, misogynism, or sexism.
The inflammatory language has reached another level when Mr Trump made inappropriate allusions about women, telling how he grabs women by the pussy. The Japanese interpreter, Tsuruta, who is a professor as well, was faced with the difficulty of choosing the right word for the context. In the end, she opted for the regular Japanese word for female genitalia, but still she was left with a feeling of discomfort which, in fact, affected other women too.

Many comments have been made about a tentative of making advances on a woman. The professor of Chinese at the University of Pennsylvania said that the sentence “I moved on her like a bitch, and I could not get there, and she was married” was translated ‘’I pursued her like a whore/harlot, but i couldn’t succeed.” The meaning got quite weary along the way.

Some similar situations have even led to the decision of the translator to retire. This refers to Kumiko Torikai, who considered that lewd expressions intrudes on the translator’s professional duties.

6. Brevity
Mr Trump’s discourses are short and simple. A study has measured the number of syllables describing the words he uses in his speeches. The results have shown that out of 220 words, 172 are composed by only one syllable, which is quite a little. Besides, he is not a big fan of complex sentences with many closes, rather leaning on snippets of sentences. An interesting observation qualifies this as an effective oratorical tip, favored by the consequences of  technological advancement, which places us in the middle of an informational tornado, diminishing the attention span. Plus, taking into account what Aristotle said, emotions in a speech are even more effective than the message itself. In other words, when the speaker is capable of making the audience feel with him, the victory  is closer than in the opposite context.

7. Hyperbole
When the discussion touches sensitive topics, such as an outside danger, Mr President prefers using emotionally-charged words like problem, harm, and hatred, and connects them hyperbolically to an outside jeopardy. For example, such words as bigly or braggadocious present serious obstacles in getting the gist of the meaning. Spanish translators admitted that they had no other choice than to skip these speech forms in order to deliver a more comprehensible message.

8. Repetition
Along with the twisted logic, basic grammar and fervent oration, the speeches contain repetition, which makes the talk concise and easy to remember, adding the powerful lasting effect. Say it once and I will most probably hear it. Say it twice and I will most surely remember it.

9. Confusion created by vague and elusive expressions
It is well-known how fuzzy and evasive expressions can spour confusion. For example, using the combination “fake news” can easily produce haziness amongst voters.

10. Translations tend to sound softer
Interpreters say they often dodge some replicas in order to avoid heinous language. This is reflected in situations when colloquial speech is involved and some polishing serves in order to make the Trump foreign language sound more aligned with the political tone and style.

Conclusion
No doubt the president’s extravagance and utterance reflected in incomparable speeches represents a challenging experience for interpreters and translators, generating topics for animated discussions. So far, the traditional techniques turned to be insufficient in order to produce linguistic renditions that carry the tone present in the original Trump’s talking. In this sense, a distinguished mastery combined with an in-depth understanding of the communication devices used by Mr Trump are paramount. Meanwhile, translators worldwide try to do their best to help us get the discourse as clear as possible.