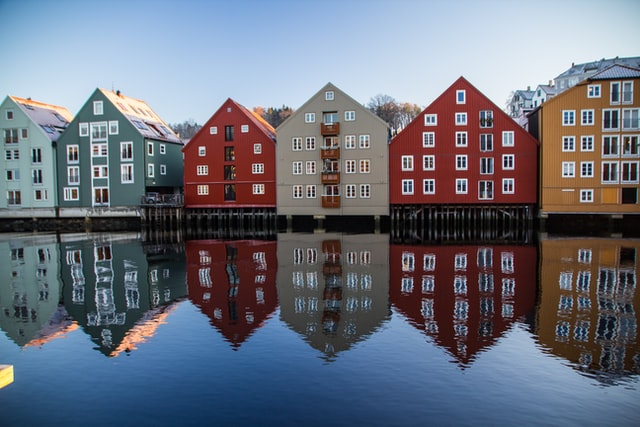 Norway is a country in northern Europe. It shares a border with Sweden, Finland, and Russia. You may have heard that the Norwegians speak Norwegian. That is the truth. But it's not entirely accurate. In fact, there are several spoken languages in Norway, and two of them are considered official. So what does it mean? I will try to explain this in this post and offer some tips to better understand the different types of Norwegian languages you can find in Norway.

What Language Do They Speak in Norway?

There are two official languages in Norway: Norwegian (Nynorsk and Bokmål) and Sami. The Sami people have been living in northern Scandinavia for thousands of years, but they speak their own language, which is closely related to Finnish but also includes elements from other languages.

The main language spoken in Norway today is Norwegian — specifically, Bokmål — which has its roots in Danish (although it’s not a direct descendant). The reason why the country has two official languages is that there’s a lot of variation between the dialects spoken by Norwegians. So below we will discuss all of them.

The Norwegian government believes that all citizens should be able to understand each other regardless of where they live, so it adopted two official languages: Bokmål and Nynorsk, or “New Norwegian.” Both versions are considered correct, but most Norwegians speak only one of them — usually Bokmål.

Where Is Norwegian Spoken?

Norwegian is spoken in Norway, and also in other places around the world where Norwegians have settled. Norwegian is one of the official languages of the Nordic Council, together with Danish and Swedish. The Nordic countries (Denmark, Finland, Iceland, Norway, and Sweden) are all members of NATO, so you might hear Norwegian spoken on military bases in those countries as well.

In Canada, it is estimated that there are about 300,000 speakers of Norwegian. Norway's population is 5 million; in Canada, there are about 350,000 people who claim their mother tongue as Norwegian. Many of these live in Manitoba or Saskatchewan provinces but there are also communities in British Columbia, Alberta, and Ontario provinces as well as Nova Scotia province.

Bokmål has been developed through centuries of usage and is based on Eastern Norwegian dialects. The first written evidence of Bokmål dates from the mid-19th century, while Nynorsk was first adopted by Ivar Aasen in 1838.

Nynorsk is a written standard of Norwegian that is based on the language spoken by the common people in Norway. Nynorsk was created as part of a political movement to make Norwegian more accessible to Norwegians

Nynorsk was created in 1885 with the goal of making Norwegian more accessible to Norwegians. The first Nynorsk textbook was published in 1886. Today there are about 2 million people who speak Nynorsk as their first language and about 1 million who use it as a second language.

The Nynorsk written standard was developed by Ivar Aasen at the end of the 19th century and published in 1907. The orthography has been revised several times since then, most recently in 1953 and 2005.

Høgnorsk (literally "High Norwegian") is a conservative variety of the Norwegian language.

Høgnorsk was created in the late 19th century, mainly by Bjørnstjerne Bjørnson and Henrik Ibsen, who wanted to make the written standard more similar to the spoken language. The idea was that it should be possible to read a newspaper without knowing anything about grammar or sentence structure.

The goal of Høgnorsk was to create a common national language for everyone speaking Norwegian, which would be based on popular speech and not on any dialect. The project was largely successful in rural areas, but less so in urban areas where there were already many other influences on speech patterns.

The Other Languages of Norway

Even though we outlined that Norway has two main official languages, the country also has a large number of immigrant populations that speak their own languages. Here are some of the most common non-Norwegian languages spoken in Norway.

Sami language is part of the Finno-Ugric language family and are closely related to Estonian and Finnish (Finnish). The three languages have often been classified as dialects of a single language but they differ considerably from each other both structurally and lexically.

Rodi language is a North Germanic language . It is also spoken in Russia, Finland, Iceland and Sweden.

It is a West Germanic language along with English and Dutch, but it is not related to these languages at all.

Rodi was first written down during the Viking Age (800-1050 CE) in runes called "futhark". This alphabet was used until the beginning of the 20th century when it was replaced by Latin letters.

The language has changed quite a lot since then, but most people can still read old texts even today.

Romani is the language of the Romani people, who are spread across many nations and have numerous ethnic groups, that have a specific Romani dialect.

Romani is a language of the Indo-Aryan branch of the Indo-European language family. It has two major dialects: Vlax (spoken in Central and Eastern Europe) and Caló (spoken in Spain and Portugal). Romani is spoken by more than 2 million people worldwide.

The name "Romani" comes from the term "Romanus", referring to the Byzantine Empire. The early ancestors of modern Roma were Irish Travellers who left Ireland in 1690 for religious reasons and settled in Hungary, where many Gypsies live today. They are also known as Kale, Kalderaši or Kalogeri.

For many people, Kven is the only language they know. It is spoken by about 800,000 people in Norway, Sweden, Finland, and Russia. In Norway, it is used mainly in Finnmark county and in some parts of Troms and Nordland counties.

Kven was brought to Norway by the ancestors of the present-day Kven population during the migration period (400-600 AD). They came from Finland and Russia to work as fishermen and farmworkers. The first written sources about Kven date back to the 16th century when Trygve Gulbranssen wrote a grammar book for Kven.

The Kven language has changed very little since then, although there have been some minor changes in spelling rules over time. Today there are two main dialects: eastern (Skolt) and northern (Pite).

Is English Spoken in Norway?

English is widely spoken in Norway. The country has English as a mandatory subject in the curriculum from elementary school through high school, and many Norwegians have studied English for several years. As a result, most young people speak at least some English.

Norwegians are so accustomed to hearing English on the streets that they'll often chat with you in English if they hear you struggling with Norwegian.

Many countries are trying to preserve their linguistic heritage, and Norway is no exception. The country has made efforts to preserve its native languages, but it is unknown whether or not this will be enough. The government is encouraging speakers of indigenous languages to pass their tongues on to future generations, but there are few younger people who speak these languages.