Song translation: what to consider and which technique to choose
Jan 13, 2021 | Translation technology 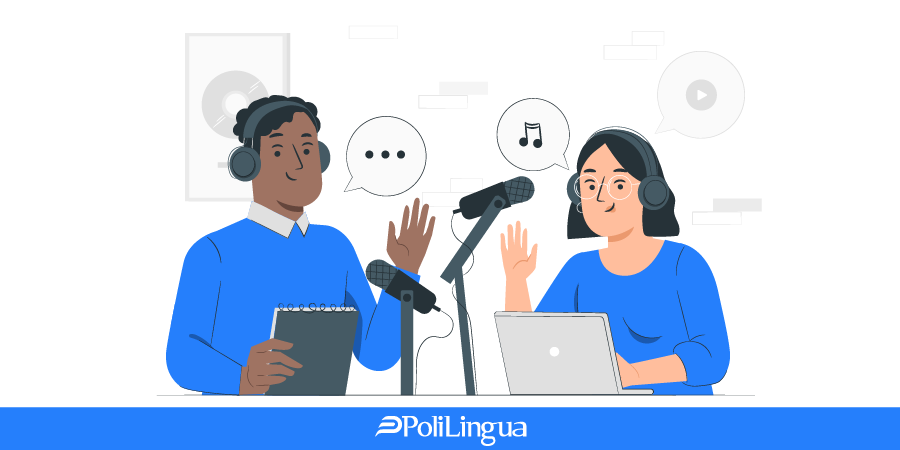 You would be surprised to learn that many English-language hit songs were composed and written in Spanish, Portuguese, Japanese, or other languages.

Some people don’t pay much attention to the lyrics and listen to songs in virtually any language, while for others it is important to understand the message, so translating song lyrics is something to reckon with. By the way, the latter group is larger, which partially explains why English-speaking songs more often become international hits.

Song translation seems a cushy number - it’s a song, not the US Constitution - short word sentences, simple language, not too many words - but it’s much more difficult said than done.

But it’s easy in all but name - there are so many rules, guidelines, and nuances to take into account that only the most seasoned linguists with strong translation skills would tackle lyrics translation.

It is difficult to estimate the musical success of the translated songs, there are so many criteria to hold in mind. Semantics, syntax, language register, metrics, rhyme, rhythm, and choreography are combined in the writing, even the translation of an entire text. Here it is important to understand the process of creation of the songs, then analyze the overall meaning of the texts in question to apply this process in their translation.

Here are the factors that come into play when translating the lyrics of a song:

Rhythm
You can't just translate a song. Indeed, the lyrics must be in accordance with the rhythm of the song, except that many languages use more words than English to express the same idea. Therefore, if the word-for-word translated song is intended to be sung, it would be impossible to set certain lyrics to the rhythm. The literal translation can also result in rather weird song lyrics, just as with a classical text translation.

References
Many songs are written about events, except that these references are not always known by the audience for which they are translated. You have to try to translate these references so that they are understandable, but there is always a word limit because of the rhythm.

Style
Some song lyrics have a very particular style, with puns or alliterations, for example. This style is difficult to transcribe in a translation because of the number of words imposed by the rhythm. However, if this style is not respected, the song loses all its charm, and the presence of the author disappears, and everything that made the charm of the song gets lost.

In this context, we must ask ourselves many questions when translating, such as:

All of these will affect the translation, so you have to compromise to keep the best balance and make only subtle changes. The best way to do this is to relax and use one of the two key song translation techniques.

Two main ways to translate song lyrics
Music has always brought together people from all over the world, lyrics - not so much. As music is a universal language that people around the world can understand with their heart, lyrics imply knowledge of a source language and, thus, a language divide. It takes a lot of effort, skill, and time to translate lyrics from one language into another.

Translating a song's lyrics, effectively localizing it, i.e. making it sound and feel as if it were composed in the target language, is much more different from localizing a novel or an article. To succeed in it, one should follow certain steps. Here are some key phrases for a quality song translation.

Poetic translation
Translation of a song is a creative endeavor, and there may be more than one way to make the job done. The first one is called a ‘poetic’ translation, which is translating the lyrics loosely, not sticking too close to the words of the original text. More often than not, the main problem with song translations is distinctions in phonetics - languages sound different, which doesn’t let conveying the meaning as smoothly as wished it to be.

Usually, translators don’t take the high road and choose a poetic translation, correctly supposing that a pleasantly sounding piece of music is more preferable to a listener than a word-for-word rendering of all the shades of original lyrics’ meaning. And they are absolutely right - we love pretty tunes more than quirky wordplay. But this type of lyric localization is far from being perfect, as it’s not always accurate and true to the book, so to say.

Strictly speaking, phonetics, grammar, and spelling are what makes one language stand out from another, and each language has its own rules that influence the feel and the shape of lyrics. While translating a song into another language, it makes sense to give it a slightly different meaning and keep it well balanced and melodious sounding, instead of making it unintelligible and vague to the native speakers of a language it’s being translated into.

Word-for-word translation
If poetic translation is not your thing, you may choose this translation technique that means getting as close to the original as possible. This kind of translation most of the time doesn't bother too much about grammar and phonetics. It’s focused on the meaning and it is the key issue as it does not always sound well to native speakers’ ears. As grammar rules are left on the sidelines with word-for-word technique, the song could not be to everyone’s liking, and often it’s a work of art and not a hit that every school student would sing along to.

This translation technique is a task well within the range of only a seasoned and talented translator, usually a native speaker. It takes a tremendous job to do to translate every word, find its most suitable meaning, and keep the translation as close as possible to the source text.

Which translation technique to choose
It depends on the result you want to get. These two methods are day and they serve completely different purposes. Amateur translators, though, often start with the word-for-word technique in the hope to capture the essence of the song and retell it with no changes in the target language. Sadly, it often takes them nowhere, altering the meaning of turning the lyrics into nonsensical gibberish.

It may be a good idea to start with a word-for-word translation and then smooth things over with the poetic translation. It is all about keeping the key message of the song and changing less important parts that cannot be translated into another language and could be dropped off for the good of a tune and its catchiness.

Using some wider meanings in the translation will make the song more appealing to the target audience and let you be more creative in the process by adding some flair to it. This happens often in multilingual countries that share many elements of popular countries, including songs and translate them loosely to make sure they are enjoyable in their native communities.

Translating? Even better - localizing!
Localization is not a simple translation and finding the most appropriate meaning of each word in a text. It is especially important with the translation of songs, as the word-for-word technique will get you nowhere and create more confusion instead of hitting the taste of the public.

To put it simply, not every expression or phrase in an original song lyric would make sense in a target language. A word-for-word translation of phrases and idioms that locals are used to hearing and using could draw a red herring across the track for the target audience, and the song will fail to become a hit.

The obvious way-out is to tweak the translation and make it more suitable for the native target audience. This could get you distracted from the original, but it is the way to make the translation much more appealing to the native speakers.

Choosing the right technique for your song localization
Both of the song translation methods have their advantages, with a word-for-word translation being the easiest and a poetic one being more appealing to the audience. And their combination is a way to make a song both melodic and close to the original.

Whatever your choice will be, our professionals can deliver the best result you could possibly hope for.

We translate songs, verses… and everything in between
Lyrics translation is difficult and only experienced linguists are up to the task. You want the translation to click with the target audience and the song to be catchy, melodious, and fun to listen to. To ensure all that happening, PoliLingua works with a team of professionals in the area of lyrics translation. They are native speakers with years of experience in the entertainment industry. Our experts are available at short notice throughout the year. Contact us today and request a quote! Global success is a phone call away.

PoliLingua is a professional language services provider offering a full range of solutions, from translation, transcription, multilingual voice-over, interpreting, phone interpreting, subtitling, transcreation, desktop publishing and typesetting, and many more. Call, email, or fill in the website application form and we will get back to you within 12 hours.