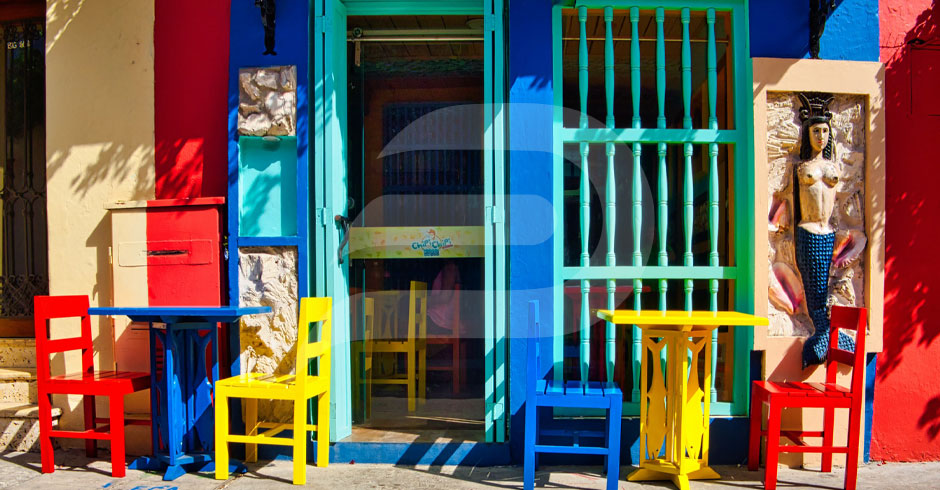 The Spanish language is widely popular all around the world, but we rarely think about the varieties of Spanish used in the Iberic peninsula (Spain) and in Latin America, from Argentina, Uruguay to Mexico and Cuba. For all the differences between dialects, it should be noted that all Spanish speakers understand one another no matter if they live - in Madrid, Buenos Aires, Mexico City, or Havana.

Let’s answer some key questions about Spanish and see why it matters.

Wait… are there several Spanish languages?

Yes, and no. In Latin America, the Spanish language is called Español (Spanish) because the language was introduced by colonists which came from Spain. But in Spain, they call it Castellano (Castilian), after the name of one of the regions of Spain where it is believed the language was born. The reason why the Spanish don’t call their language Español is because there are other languages spoken in Spain - Asturian, Aragonese, Catalan/Valencian, Galician and Basque.

Why is Latin American Spanish not the same as Peninsular Spanish?

The answer to this question goes back to the dark and not always pleasant times of colonization.

In the 16th century, Spanish explorers often referred to as conquistadors, set foot in the New World. Back then it was populated by Native American tribes who spoke several languages. Invaders from Spain sought to seize their land and loot their ‘treasures’ - though most of the time it was just a legend. With time, native inhabitants were driven out or killed by newcomers, and the rest had to learn Spanish to survive.

As the states of South America came into being and gained independents from Spain, the cultural connections with the Old World decreased, and the language and cultural differences became more distinctive.

It’s not a unique trait of the Spanish language, just compare American and British English, and you will get almost the same picture.

There are 20 Spanish-speaking countries: Argentina, Spain, Costa Rica, Bolivia, Cuba, Chile, Colombia, Peru, Ecuador, El Salvador, Equatorial Guinea, Uruguay, Guatemala, Honduras, Mexico, Dominican Republic, Nicaragua, Panama, Paraguay, Peru, and Venezuela. Plus, Puerto Rico - which is not an independent country but a US territory but Spanish is the official language there.

Spanish has an unofficial status in the United States, Belize, Andorra, and Gibraltar.

The Philippines have the biggest Spanish-speaking community in Asia. That’s because by 1987 this language had the unofficial status there. Why? Yep, colonization.

How many Spanish speakers are there in the world?

How many people speak Spanish in Latin America?

About 350 million with 121 million of them living in Mexico, making it the largest Spanish-speaking country in the world.

Over 60% of the Latin American population speaks Spanish, about 35% speak Portuguese, the rest prefer French, English, and Native American languages.

How many people speak Spanish in Europe?

Unsurprisingly, Spain is the largest Spanish-speaking country in Europe with over 46 million speakers. More interesting is that it’s just the third Hispanophone country in the world giving way to Mexico and the US.

Do those who speak Peninsular and Latin American Spanish understand one another?

There are some noticeable differences between European/Peninsular and Latin American Spanish, but in general, the language stays the same throughout the world and Spaniards understand Mexicans rather well. It is thanks to The Royal Academy of the Spanish Language who keeps a watchful eye on the language usage in governmental and official institutions, guaranteeing its unity and stability.

What are the main differences between Latin American and European Spanish?

Though people who speak Spanish can talk to each other without hitting a major language barrier, there are still a few things that can help you tell one dialect from another. One of them is the usage of second-person pronouns - ‘ustedes’ vs ‘vosotros’ (which is never used in Latin America), another is ‘tú’ vs ‘vos’ with the latter never used in Spain.

When the colonies were founded, settlers brought the language spoken in Spain at the time, as well as elements of their local dialects. Spanish spoken in the colonies then developed differently, as communications with Spain were limited. Some elements of ancient Spanish were preserved, others abandoned.

One of the most prominent examples of this process is the use of the word vos, mostly used in Argentina, Paraguay, and Uruguay.

Originally a plural personal pronoun of the 2nd person, vos is now used as a polite pronoun singular form of the staff of the 2nd person and can be used among friends. It was commonly used in Spanish when the language reached the far south of America. It fell into disuse in Spain but remained in use in Rioplatense Spanish, a variety of Spanish spoken mainly in the areas in and around the Río de la Plata Basin of Argentina and Uruguay.

The use of vos and its distinct conjugation now seems to be increasingly popular in parts of Latin America, where it had previously been used by minority groups, such as Bolivia, Chile, Nicaragua, and Costa Rica.

But the most important thing is that you will be understood everywhere in the world, whether you use tú as vos. The Spanish might just think that you are time traveling and you are coming from the Middle Ages (or Argentina).

Latin American variants of Spanish do not use the word vosotros (you, plural, informal form), preferring the formal word ustedes.

Ustedes is also used in the Canary Islands, but only the Balearics and mainland Spain use vosotros. If you only use the Latin American form, you will be understood very well in Spain. In fact, people will probably think of you as a very polite person!

Unsurprisingly, the biggest differences in Spanish are in the way people on both sides of the Atlantic pronounce words. And even in Latin America, there are huge distinctions in pronunciation. For example, in many parts of Central America, the 's' is not always pronounced and some syllables may be silent.

Probably the most known feature distinction between Spanish and Latin American pronunciation is the ‘lisp’, which is common in some parts of Spain. Legend has it King Ferdinand had a lisp and his subjects respected him so much they emulated the way he talked. However, linguists say there is no evidence the king had a lisp, so the whole story maybe just a nice way of promoting the history of Spain. Moreover, Sevilla is considered the stronghold of the Spanish lisp and it explains why Latin American Spanish has no lisp. In the times of colonization, the early settlers came to the New World from Andalusia and the Canary Islands, no-lisp regions, and Latin Americans adopted their dialects, leaving the lisp behind. But it’s just one of many versions, and language historians still look for a definite answer.

You will inevitably face the local accent no matter where you speak Spanish, but that won't stop you from communicating with all speakers. We all have an accent when we speak, and there is no such thing as a ‘good’ or ‘bad’ accent. If you take on a distinctive accent when you learn a language, whether it's Spanish or another language, it's part of you and your personal experiences. It can also be a good conversation piece when traveling.

Verbs are not left aside from this rift - the usage of Simple Past and Past Perfect differs depending on which continent Spanish speakers live. Spaniards prefer to use Past Perfect when describing recent actions while Latin Americans like Simple Past better.

There are also some differences in pronunciation, idioms, and vocabulary.

Why does knowing the correct local accent matter?

If you are a tourist and you speak Spanish, you are welcome everywhere you go. Latin American countries and Spain are known for their hospitality, and your interest in their culture and language will only increase your likability.

But if you are looking to localize your content for Latin American markets, you should do proper research on the specific variants of Spanish you will deal with. The need to do so roots in political reasons that do not always make sense for an outsider. For example, Latin Americans don’t really like the Spanish from Spain, just as much as Americans have a thing with the British. The times of colonization and wars for independence are long gone, but a rudimentary dislike is still something to reckon with. So it makes sense to use Latin American Spanish instead of Peninsular one when addressing your target audience in Mexico or Argentina.

Moreover, even among Latin Americans, for example, Peruvian Spanish is considered the most correct variant of Spanish by Chileans, while the Argentine dialect not so much.

One could say it’s a localization nightmare but if handled properly Spanish localization could be just as seamless as any other.

Did you know that…