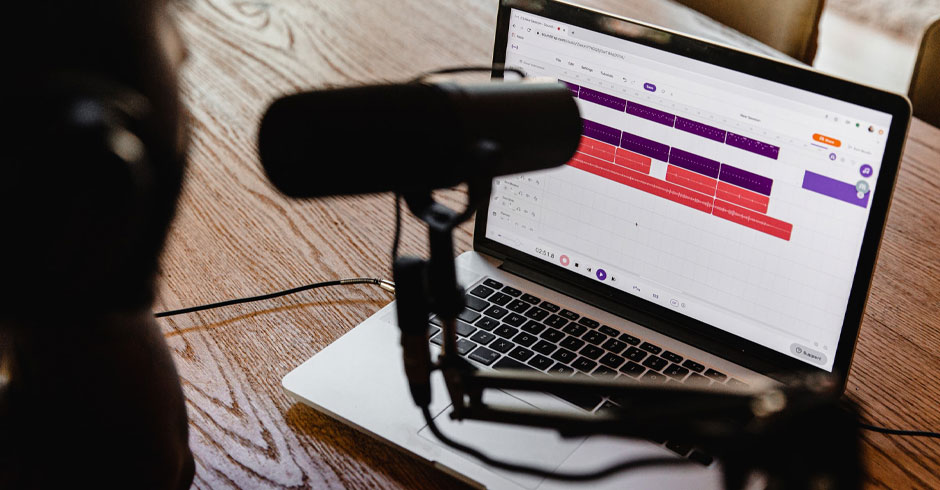 Perhaps in your opinion, the importance of audio is secondary to that of visual. But many people believe that a good voice actor can create an experience far more immersive than animation with the ability to manipulate emotions. It can elevate the quality of any presentation and turn a professional project into an unforgettable one. That’s why it’s important to know what you can get out of getting involved in the market of Voice Acting.

Voice acting, also known as voice-over or off-camera narration, is the art of performing voice-overs to represent a character or provide information to an audience or user. Such performances usually involve speaking into a microphone but may also include non-verbal sounds, singing, acting, and sound effects. The voice actor (or actress) is hired by the production company for their voice and articulation when they are unable to physically be on screen.

Voice acting is one of the few productions in which actors do not need to show up in person. This makes the business very attractive for those who desire to work from home. However, working from home does not come without a price; actors still have expectations from them such as meeting deadlines and following directions.

Actors are hired for various reasons including: replacing an actor who has died during the production of a film, temporarily replacing an actor due to injury, providing the voice for an animated character that needs dialogue recorded, providing additional voices for crowd scenes when there are too many characters in one place (usually provided by background performers), and providing sound effects such as footsteps or punching sounds with their mouth. In most cases, actors will only be needed for a few hours at a time during recording sessions where they will perform lines

Different Fields of Voice Over Work

You've probably heard a commercial on TV or radio with lots of different voices and you may have wondered how those people got their voice in the commercial. As you can imagine, commercial voice over work is extremely competitive and most people have a long road ahead of them before they break into the field. There are plenty of commercial auditions posted on Backstage and as you gain experience and skills, you'll find more opportunities will open up for you.

The field of animation/cartoons is also very competitive so it's best to try to get representation from a voice talent agent who specializes in animation/cartoons. Once again, the more experience you get under your belt, the more succes you will have with landing jobs in this area.

This type of voice over recording is very popular for audiobooks, training videos, documentaries etc. Narration takes an enormous amount of skill because your pacing must be right and your inflection must be consistent and understandable throughout the entire project.

Computerized interactive response systems and applications often require the use of a computer-generated or actual human voice to respond to user inputs. For example, when you call an airline about changing your flight, you may hear a computerized voice tell you how much the change fee will be, after which you might speak with an actual person who will help you complete the transaction by phone if you choose not to change your flight online.

This field is probably what you think of first when you hear the term voice over. Voice actors who do film voice over work record lines spoken by animated characters or do narration for documentaries and other films.

Most Voice actors can also do voice over work for video games and toys. The voice actor records a script and then the recording is integrated into the game or toy. This can be done in a studio with a microphone or on location in front of the game or toy itself.

Podcasts are becoming a more popular way for people to get their information now, and it can be a great way for you to get your foot in the door as a voice actor. To start with podcasts, all you need is a microphone, recording software and your voice! You can begin by creating your own podcast or by guesting on other people's podcasts.

As with anything, it takes time to build up an audience, but it is worth the effort. Many people earn money by charging advertisers to advertise on their podcasts, or they may charge listeners for premium content. There are many ways to make money with podcasts and it can be a fun way to get started in the industry.

Audiobooks have been around for ages and offer another avenue for aspiring voice actors to explore. Like podcasts, audiobooks vary greatly in terms of content and style but they all require the same thing: an engaging narrator that can transport listeners into other worlds. If you're interested in getting your start as an audiobook narrator, it's important to note that you will most likely need to audition before being considered for.

Voice over artists are often hired for live events that require someone who can speak clearly and loudly. For example, you could be hired to announce the winners of an award ceremony or to act as a guide for visitors in a museum. Sometimes, you will be hired for these types of roles because you have a distinctive accent or speech pattern that is thought to be particularly appealing to the audience.

Many companies hire voice over artists to record the audio for training videos that they produce internally. This type of job often requires several days of work (or more) as it may involve recording a large amount of material. It can also require some level of improvisation as you may have to deliver certain lines in slightly different ways depending on what else is happening in the video at the time.

The Voice Actor: Skills and Requirements

The voice actor plays a variety of roles in the entertainment industry. He or she speaks in character as a cartoon, animal, alien or other fictional character. Some may also sing or provide narration for television shows, movies or commercials.

Voice actors need to be able to read and interpret scripts. They must be able to project their voice clearly, maintaining a specific tone, pitch and inflection. Voice actors use their training and experience to create the desired effect for each role they play.

A bachelor's degree is not required to work as a voice actor. However, many find that obtaining a degree in theater, broadcasting or communication allows them to hone their skills and increase their employment opportunities.

Degree programs in theater teach students how to project voices and utilize facial expressions to convey emotions. Students also learn how to perform on stage and interact with different characters throughout various productions. Similarly, broadcasting programs cover the techniques of reading aloud scripts clearly while maintaining a specific tone of voice as well as news casting techniques. Communication programs typically offer courses on public speaking and interpersonal communication skills that are useful in the field of voice acting.

If you’re interested in a career as a voice actor, you should keep in mind that there is no shortcut. Those who make it in the VO industry are, for the most part, those who demonstrate patience and discipline. You will need to keep working on your demo reel, submitting to talent agents or casting directors, and, most importantly, keeping your profile fresh by auditioning for projects. Whether you work with a coach or not, the must-have for all aspiring voice actors is to prepare for each audition so that you can demonstrate your capabilities and have plenty of content