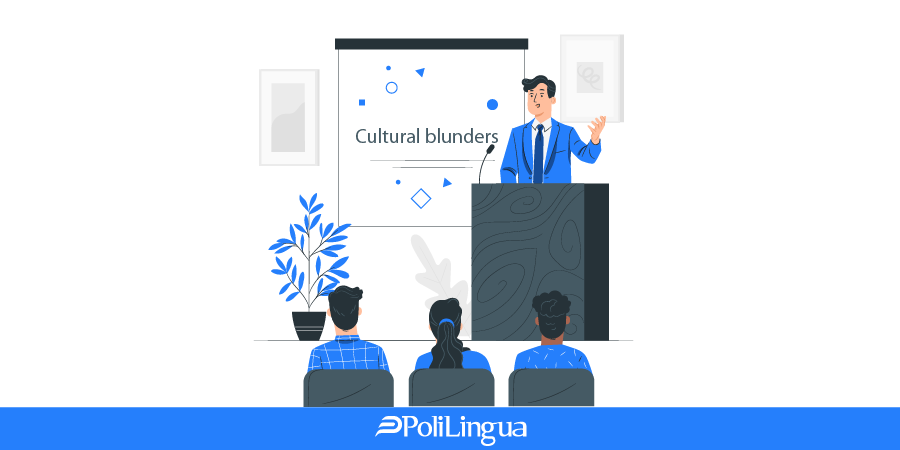 If you think that ‘localization’ is ‘local socializing or something’ and you will not need it when your product goes global… well, you are in for a surprise. And for an unpleasant one.

The importance of delivering information about your product in a target language is very important cannot be overestimated.

Before trying to win a foreign language market, consider linguistic and cultural differences, dive into the depth of the local slang, and research the dreams and attitudes of your new potential customers in another country. If it sounds a bit complicated, that’s because, in reality, it’s even more entangled and puzzling. And that’s when a localization expert/translator steps in.

They will make sure your content is properly localized and reformatted to look, sound, read, and smell to the target audience’s liking. It is a key rule of the localizing game, and you should stick to it if you don't want to make part of brands lost between words, comments, and languages.

What goes without saying in one language (for example, English) may be a completely different case in another (Spanish). Even if one word goes wrong, it could have tremendous implications for the text content, the image of your product, your marketing campaign, or even for the entire brand.

No need to point out what such a translation disaster means for an unthoughtful business - financial losses, time wasted, and the grand prize for becoming the biggest laughingstock of the year.

Let’s take a look at some classic examples of translation and localization gone wrong and how they turned into memes for the old and the young.

No fingers KFC-style
Long ago, in the year 1987 AD, when dinosaurs might still roam the planet because those were the Dark ages without the Internet, American fast-food giant KFC made a big move entering the new, burgeoning Chinese market.

At that time, China wasn’t the economic powerhouse it is today and looked to the American entrepreneurs like their local chicken farm back in Kentucky. This is the only possible explanation why they hadn’t done a proper translation and localization and hadn't paid attention to the Chinese culture before starting the marketing campaign using the world-famous slogan of ‘Finger lickin’ good’ (which was dropped only in 2020 falling prey to the COVID-19 pandemics).

For some reason, after being translated from English into Chinese, it sounded something like ‘eat your fingers off’. Huge difference, you know.

The proud target audience of China didn’t appreciate the joke (or was it even a threat?). And if there was a whimsy wordplay, no one wanted to have the picture of severed fingers coming into mind during the meal.

Luckily for KFC, the company neither went bust nor left the lucrative market, but you don’t have to be a marketing history buff to assume there was some serious rear kicking in the KFC headquarters that year.

Electrolux is not as good as it seems
Here’s an example of a European company lost in the localization jungle.

At the dawn of the 21st century, Electrolux, the Swedish home appliance giant, thought it was the right time to invade America. Marketing-wise, of course.

They came up with a slogan and translated it into English. Most probably, directly, no localization done, no audience or cultural differences taken into account. Languages - they are all the same. Just write something and post me up when the money comes, right? Well, not in this case, though.

Though they advertised vacuum-cleaners, far from everyone could understand what they implied. More than likely, confused customers asked themselves, ‘How bad must be that Electrolux if they are proud that nothing can compare to their suckiness?’

History is silent whether that incident was to blame, but Electrolux left America in 4 years just to sell their Hovers under another brand name.

Mercedes gets to the other side
There was a time when Mercedes-Benz, one of the most famous German automakers, was so eager to win the Chinese market, it was ready to run through a brick wall. At least, this impression a common local buyer could have while reading their slogan that said ‘Bensi’.

Yes, Mercedes Benz wanted clients to call it by a nickname, but this plan backfired. ‘Bensi’ in Chinese means ‘rush to die’, and no one was in such a hurry to get on the other side, especially paying the price of a new luxury car.

The company saw the error in its way and changed the line to ‘Benchi’ which means ‘running as fast as if flying’. The day was saved, some cars were sold, and many giggling clients survived to tell the story.

HSBC, seriously?
HSBC, the British multinational investment bank, was lucky. Not because they were bankers but because they did not need to translate and localize their content for the American market. Why? Because when they had to do some localizing for other countries, it didn’t end up particularly well…

In the US, the British money lads’ slogan said ‘Assume nothing’. A bit cryptic, but it did its job. While going into non-English language markets they didn’t do their homework so the slogan went ‘Do nothing’.

While lost for words, it threw some local customers for a loop. ‘Do you want our money or what?’ they asked and blinked in amusement.

Long story short, HSBC had to re-print all the marketing material, change the tag line, and pay a few million dollars more to get back on track. It may be the most expensive blunder in the history of translation and localization.

They used a new slogan that ran ‘The world’s private bank’ and it might have worked out just fine, but they say there are still some people who don’t understand what HSBC actually means.

GM tells you not to go
The American car industry giant, General Motors sells its vehicles all over the world. And they have to come up with vivid, unique names for each model they launch. It’s not an easy task in itself, but when you think about foreign markets, it gets close to impossible.

GM’s marketing team might be very proud of themselves when they thought it was a good idea to call their new car ‘Nova’. It’s something cosmic, bright, it feels good, and the launch would be like an appearance of a new star in the sky.

And it was. At least, in English-speaking countries. But not in Spain or Italy where ‘no va’ means ‘don’t go' or ‘not running’. For obvious reasons, no one wanted to buy a car that is so cautious, lazy, or bad that it literally didn’t want you to drive.

And again, after some extra money had been spent, and some ‘wise guys’ had been reprimanded, the automotive behemoth decided on renaming ‘Nova’ into ‘Corsa’ which means ‘wind sieving through the mane of a running horse’ (just kidding - it means ‘running’ which is the opposite of ‘no va’ - wow, that’s creativity!).

Croaking Cola
In ancient times, when Coca-Cola didn’t sell its sugary soft drinks at every corner, the American company leaked into the Chinese market.

For their marketing team, it was a double challenge - they had to translate everything into Mandarin, and make sure it would look good. What they did not consider is how the name of the company would sound like. And that was a mistake.

After Coca-Cola launched its marketing campaign in China, it turned out ‘kekoukela’ - this is how the brand’s name pronounced in Mandarin - means ‘a wax-filled toad’.

Maybe little kids were excited to try a drink with a hint of a toad - not their parents! - or Coca finally revealed the key ingredient of its main product, but the move was a quacking failure. They had to change the name so it would sound more appropriate - ‘kokoukole’ which means ‘happy feeling in the mouth’.

Though, it was more in line with modern marketing traditions it didn’t rule out a possibility of a waxed frog waiting inside one of the cans. But many customers were thankful they were not being reminded of leaping amphibians, at least.

The pen that gets a bun is in the oven. Wait… what?
Hide your daughters, hide your wives! Parker goes to Mexico!

When the American pen company made up its mind to sell stationery items to the South of the Rio Grande, its marketing team forgot about localization and any sign of decency.

Their slogan was translated word-for-word, and though in English it sounded like ‘It won't leak in your pocket and embarrass you’. In Spanish, the verb ‘embarazar’ means ‘to make pregnant’ which may be a weird thing for a pen to do.

Mexican customers were not happy about it and didn’t exactly rush to buy Parker’s office supplies. Just to be on the safe side.

Coors, you’re drunk, go home
Another American company’s adventure into the land of high mountains and deep canyons went wrong before it even started.

Coors, the Colorado brewery, has grown a reputation not only for its hoppy beverages but for its stubborn adoration of word-for-word translation - not localized whatsoever - that got them in trouble more than once. Well, at least they hired a translator, didn't they?

Once they launched their campaign in Mexico - oh no! - they translated the slogan ‘Get loose with Coors’ literally. It worked in the US, after all. But it didn’t go so well in a Spanish-speaking country where ‘Suéltate con Coors’ means ‘get diarrhea with Coors’.

There were few customers willing to try the new product and check if it’s true, and even fewer partygoers who planned to get THAT drunk.

There’s nothing wrong with a good laugh, but business is business, and sometimes its efficiency depends on due research and a professional approach to the localization process.

At PoliLingua, we don't take words for granted and we want your translations to be perfect for foreign readers’ ears and eyes. That’s why, while translating, we consider linguistic and cultural aspects and any slight difference so you won’t get ‘electrolux-ed’ or ‘coors-ed’ when going global. Your new website, video games, software, text, translations, or other forms of content will read, sound, and look for people in any country of the world as if it was created in their native languages.

Contact PoliLingua today and get this pleasant feeling of business looking well.