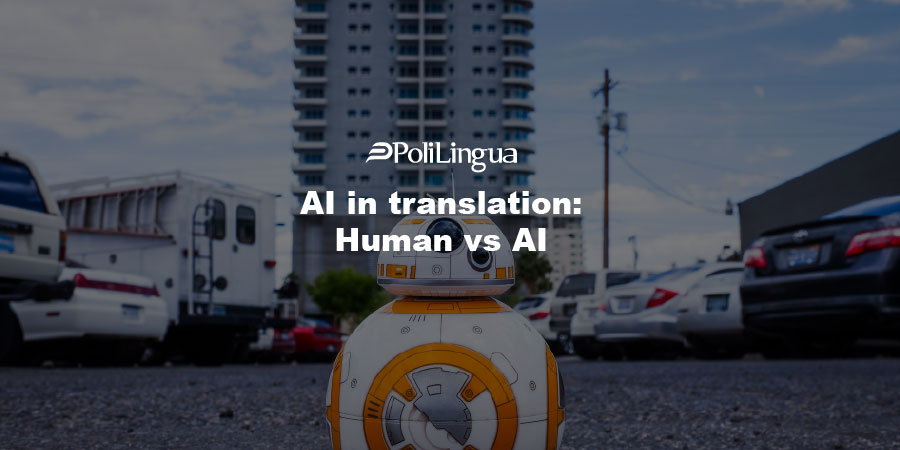 AI vs humans has been one of the most discussed topics in recent years. The reason for this can be attributed to the rapid improvement in AI, and the perceived fear that it will replace almost all human intervention in years to come. Artificial Intelligence (AI) has continually improved its ability to accurately translate languages, and some people are already of the opinion that it's gradually surpassing human translators.

With the Advent of Home voice recognition systems like Alexa, language recognition software like Siri, Duolingo, Rosetta Stone, and apps like Google translator, one can agree that AI has done a lot in language translation. This giant stride and improvement come as a result of great technological improvement. The use of Neural Machine Translation (NMT) has aided AI advancement. It allows the management of larger amounts of data, reduces the occurrence of misinterpretation, and allows big companies like Google to offer higher-quality translating services.

Most companies are now seeking the use of AI for their translation function, rather than human translators. Facebook has a function for translating text-to-text from one language to another, there's Microsoft LUIS used in chatbots to communicate with users in natural language, there's AI voice recognition that talks back to you, and lots more. Unlike Human translators, AI keeps advancing daily. The improved version of the Google translator app has a camera function that allows it to translate a word by just hovering your phone above the word/sentence.

Waverly labs also have an in-ear device that helps translate conversations in real-time. This allows you to discuss two languages, and it comes in handy during business meetings or discussions with a foreigner. From various applications of AI in translation mentioned above, one can deduce the benefits of AI in translation. We have some of these benefits highlighted below:

It makes everything quicker in language learning and translation. The apps and services are automated and programmed to deliver results in real-time which human translators can't beat sometimes.

However, with the advent of AI, a single click on an app and inserting the keyword brings you everything (Etymology, pronunciation, transcribe) about the word. This also backs up the point that it's less time-consuming.

Efficient use of your Apps and other translating services that employ AI can help you navigate your way in a foreign land, converse with ease, and not fall victim to your lack of language knowledge. You can check menus, ask for directions, read signage, and even hold sensible conversations in languages you've never spoken before through AI.

While it feels like AI is a Messiah in translation, it has some of its downsides too. For everything that has a good effect, there's most likely going to be a side effect. The side effects of AI on translation are what we highlight below

The reason for this unreliable assertion is the noticeable word or phrases omission glitch in AI, and the difficulty in translating metaphors, colloquialisms, idioms, sarcasm, irony, amongst others.

However, you will agree that AI is great for self-study, it aids learning in the classroom, and also comes in handy for emergencies. The place of AI will most likely be to aid and relieve the workload of human translators, it can't replace it. Learning and understanding a language can't be compared to just knowing it for needed purposes only. This is why AI can only serve as an Aid for learning, and not replace language educators.