Languages of the future in business and the translation industry
Oct 19, 2018 | Multilingualism 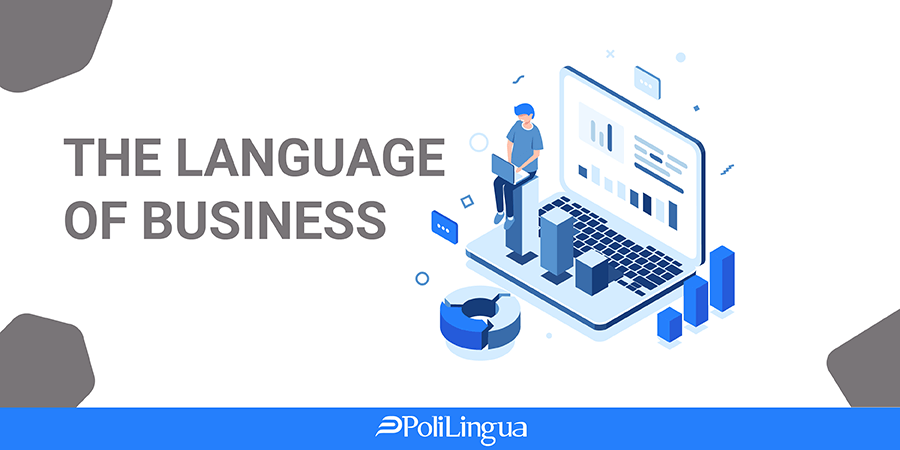 "One language sets you in the corridor for life, two languages open every door along the way.’’- Frank Smith

The world's language system is undergoing rapid change because of demographic trends, new technology and international communication. These changes will affect both written and spoken communication. English may not be the dominant language of the future and the need to be multilingual will be enhanced. Although many languages are becoming extinct, new ones are emerging in cities and extended social groups.

It is clear that the world is becoming increasingly connected and business today is certainly international. Most global companies have at least given thought to the many possibilities that could arise with providing their content in different languages. In fact, any business aspiring to sell their products and services to different cultural and linguistic backgrounds will need to take their content to the next multilingual level. Studies have been done and now we have access to statistics that show an estimated number of people and users of certain languages. If you want to go global with your business, then here is some good information to keep in mind. We have a list of 6 languages of priority in the foreseeable future.

English is spoken in 94 countries by 339 million native speakers and is the official language of the 20 most relevant international organizations thus making it a very widespread language. It can be understood by one third of the world’s population because in most countries it is the primary foreign language taught in schools.

English language is the most commonly used language among Internet users with 949 million users. It is also the most used language by 52.3% of websites using various content languages.

Chinese it is by far the most widely spoken language in the world with a momentous number of 1 billion speakers worldwide. Mandarin is also the second most popular language among Internet users. With sales of $714.58 billion, China was the world’s leading e-commerce market in 2016. Should key Asian markets continue to expand their Internet usage, Chinese could be expected to replace English as the most widely used Internet language in the near future.

Having your business content available in Spanish opens doors not only in Spain, but also in booming Latin American countries like Mexico, Peru, Paraguay, Ecuador and even the United States, where an estimated 37.6 million people speak it as their first language. As the US has the world’s largest economy and the Hispanic population in the US is projected to double by 2050, this makes Spanish very important. According to the British Council, Spanish is ‘useful’ for 34% of UK businesses as well. Spanish might not be perceived as a language of business, but with 405 million native speakers, it is the third most commonly spoken language after Mandarin. It therefore makes sense to have it in our top 3.

Arabic is spoken by 295 million speakers worldwide and it is the official language of 28 different countries, including many of the dynamic, growing economies in the Middle East and Africa. Six Arabic speaking countries appear among the UK’s top 50 export market in goods, with a combined value to the economy that surpasses that of Spain, China and Italy.

Businesses should consider making their product lines easily available to the Arabic-speaking world. With its complicated relationship with the West, it will ensure promising results for businesses speaking the same language, with even more significance in the diplomacy, energy and defense sectors.

French is still a fast-growing global language. The other noted language of the future, Mandarin, will probably not be that prominent, given China's certain demographic slide and the fact that it is excruciatingly hard for most Westerners to learn. French, on the other hand, will be present on all continents and particularly predominant in a continent that, by 2050, should be a fast-growing economic powerhouse--Africa.

Although India is home to 125 million English speakers, around 85% of the population does not speak English and it’s been outpaced by the use of local languages. According to the latest CSA Research report on the Top 100 Online Languages, Hindi grew by a massive 66% which is mostly due to mobile web penetration, government investment and other initiatives on the subcontinent.  This has set the pace for all Indic languages.

On the international front, there have been proposals to add Hindi to the list of official languages of the United Nations. If approved, all UN documentation will have to be provided in this language.

Whether you are a small business hoping to take your business to other destinations or an entrepreneur seeking an international market for business expansion, learning and making use of the above languages is the way to opening paths to success and growth that you are aiming for.

Deciding which language is the most useful depends on your aspirations, goals, needs and your vision of which customers to capture. No matter which country is on your watch list, make sure you have ticked all the right boxes in learning and using the languages of the future.

Today is the right time to anticipate your company’s excellence. In order to expand your business it would be prudent to support it with appropriate translation. PoliLingua is your partner in need, a great service indeed!